Fourteen talented musicians collaborated on the new Zadik Music CD entitled We Are One, brought together by Larry “Dr-Roots” Singer. 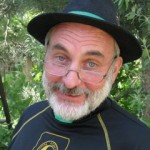 Larry’s professional past is as a dentist, but his passions center fully around Judaism, Reggae, and powder skiing. Â Larry acted as producer and director, bringing his dream of Zadik to life with help from many talented artists. Â For Dr-Roots, Reggae music is the heartbeat and Hebrew prayer is the consciousness of how to live a life. 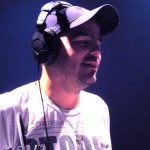 In addition to his current album Together As One, Elan has been the lead singer for the legendary Wailers. Yes, thats right. Those Wailers. night after night, in front of thousands, Elan sang the words that Bob Marley had written and popularized with–as those thousands and the Wailers themselves will testify–stunning authority and authenticity.

As a result of his Orthodox Jewish upbringing, Elan strongly believes that “everything happens for a reason and I have just one word to describe my whole life fortunate, and I thank God every day for that fortune. I donât believe in coincidence.” Further, Elanâs career as a singer and artist is practically a textbook example of that very concept. “When I was first with the Wailers, Iâd wake up every single morning thinking, âOh, my God, I canât believe Iâm singing with the Wailers!â And then I realized, âWait a minute! It is because of God.” 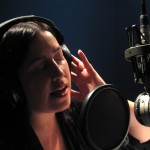 Sareet has been singing since she was four years old. Â Her album “Voices Heard” has been critically acclaimed. She performs with her band in the Los Angeles area and has a big following of fans throughout the west coast. 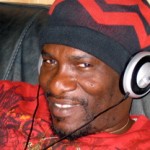 Sandrum is from Jamaica and has been playing reggae drums and percussion all his life.Â  He is an original member of The Yellow Wall Dub Squad, the premiere authentic roots reggae band comprised of Jamaican studio session musicians.

Everton was born and raised in Jamaica, where he grew up going to church every Sunday morning with his brother and sisters. Playing reggae keyboards for many years, Everton has toured and performed with international reggae bands; including Everton Blender, Frankie Paul, Sugar Minott, Junior Reid, Mighty Diamonds, Warrior King, The Itals, Sister Carol, and Anthony B. 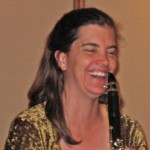 Meg York has played woodwinds for thirty years, starting in schoolÂ band programs, eventually getting a clarinet performance degree from theÂ University of New Mexico. Â She studied with many world music masters; she loves music fromÂ Eastern Europe and the Balkans, and plays regularly at private events
and festivals. 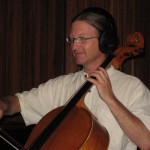 JamesÂ accompanies dance classes at the University of Colorado and composes music for modern dance performances. He plays in the Boulder/Denver area in the Buzz Band, in Akemi Iwase’s Tokyo Tribe, in County Road X, and in the Balkan/Middle-Eastern musical groups New Land Balkan Band and Sherefe. 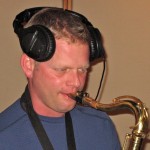 Rick currently performs with Quemando Salsa Orchestra, Denver Musicians Union, Big Head Todd and the Monsters. He has toured and recorded throughout the country with groups such as Big Head Todd, The Samples,The Romantics , Robbie Krieger (The Doors), Medeski, Martin, and Wood, Parliament-Funkadelic, Maceo Parker, Fred Wesley, The Melodians, and The Mighty Diamonds. 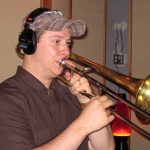 Gary is a bass trombonist in Denver, Colorado.Â  He enjoys playing all different styles of music and has performed and recorded with a variety of ensembles as part of many bands and orchestras in the Front Range. 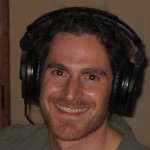 Though born in the blistering heat of Israel’s Jordan Valley, Eyalâs heart seems to spring from Renaissance Europe… His passion for celebrating music, dance, science, and spiritual growth led him from the Tel Aviv music scene on a pilgrimage of discovery through Europe and India to the United States, and a Master’s Degree in Transpersonal Psychology. 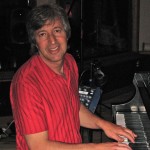 Sheldonâs extensive and diverse piano background began during his youth in Ohio. He mastered the classics, though the music he loved was the great popular hits of the 60′s including Motown, the Folk Revival, the Beatles and the Blues. During his jazz studies he began to compose his own songs and instrumental pieces.

Since completing his BA in Music at the Naropa Institue, Sheldon has continued to perform on the piano as a soloist and in a number of acclaimed popular bands. In 1995 Sheldon released “Across Many Oceans“, a critically acclaimed CD of original compositions that cross cultural borders, celebrating our planetâs human and ecological diversity in a light-hearted journey through multiple ethnic and contemporary styles. Sheldon had the Â opportunity to study Middle Eastern music and compose while in Israel with some of Israelâs top Jewish and Arabic musicians, resulting in the CD, “Dead Sea Strolls.” Â The link:Â Â http://www.sheldonsands.com/listen.html gets you to the page where you can listen to tracks from the CD, and http://www.sheldonsands.com/discography.html gives the text on the cds.

Gerald is the preeminent shofar blower in Boulder, Colorado. 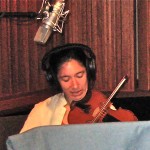 Sandra began studying the violin when she was seven years old with the intention of becoming a concert violinist. Her music is about connecting with other people in a joyful way with a community focus. Sandraâs path of adventurous musical exploration began with Irish, Old-time and Bluegrass jams and festivals, and has grown into her current livelihood of teaching, performing, recording and collaborating with other musicians from a diverse range of world music genres.